Taming the beast within — Review of AppTamer

For years it’s driven me a tad crazy that a premium computer (i.e. a $2500+ high-end MacBook Pro) with a decent Unix based operating system (i.e. OS X) is so readily brought to its knees by a some feral app that starts pounding the CPU into a “100%+ Usage” vulcan grip. Sometimes for short stints, and sometimes for so long I have to slay the beast entirely, least my computer come to a complete halt. Other times, the issue is that an app is in the background, unused for hours, and yet it’s chewing through CPU resources like it were busy calculating the size of the known universe. Until now, I’ve never had an answer to this issue of the wild unruly beasts within my computer.

In my experience some of the biggest CPU munching culprits are:

You might have other undomesticated apps you find ramp up CPU usage, and drive down your Mac performance to a crawl. Rest assured, there is a solution. 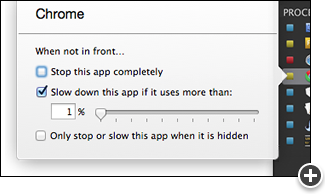 A few months ago I started using AppTamer. To be honest, reading through it’s description, I was not convinced it would achieve what it promised, or at least not without causing system instability or some other issues caused by OS X and/or the feral apps reacting badly to being tamed.

I can say, however, that AppTamer is brilliant. 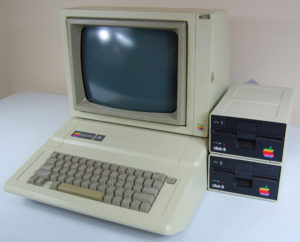 After using it for a few months, I can say it really works. Chrome and Firefox—with Flash and a plethora of open tabs to boot—no longer revert my MacBook Pro to a computer with Apple IIe* performance. *(The Apple IIe was the first computer I owned, in the 1980s).

AppTamer comes with [a 15 day trial]. That’s ample time to discover whether it’s going to tame your apps to your liking.

If you decide you like it, a single license is currently US$14.95. That may seem like a lot, considering how little this app appears to do. I mean, it just sits there in the background and, once configured to your liking, is something one only rarely has to interact with. Yet, in reality, it does such a good job of boosting Mac performance (which also means battery saving, if you’re using a MacBook) that the 15 bucks is well worth it. You can buy it here.

What’s the best software deal for MacOS, and is it too good to pass on?